The Natural World of Saint Francis of Assisi.

Arizona's Scenic Seasons
Season-by-season in Arizona, another gorgeous book from Arizona Highways!
100 Common Wildflowers of the Tallgrass Prairie
A field guide with notes on natural history.
The Flower Clock - Work in Progress
What Wild Plants Tell Us About Time. (Work in Progress)

Grand Canyon: The Vault of Heaven 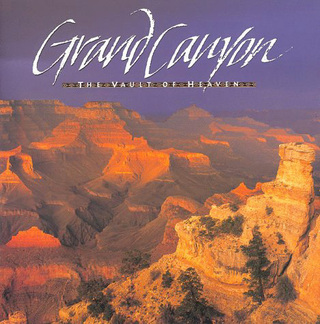 Click cover to order Grand Canyon: The Vault of Heaven

Layers and Layers of Life

Grand Canyon’s rocks tell us of past environments, of lost worlds teeming with forms of life that became extinct before the dinosaurs. Today within the canyon we also find a marvelous array of living flora and fauna: various plants that twine, bristle, or sprawl as well as prowling, flapping, and swimming animals. Life takes so many forms here!

Plants and animals that would ordinarily be scattered all over the American West are close neighbors at Grand Canyon. The Canyon is a mile deep, so deep that the rims are often thirty degrees cooler than the Inner Canyon and may receive twice as much rain and snow. These extreme differences in climate result in several distinct habitats between the rim and the river. A young naturalist named C. Hart Merriam observed these distinctions here and on a lengthy expedition to the nearby San Francisco Peaks in 1889, and published a description of them in 1890. At about eight thousand feet above sea level on the North Rim, spruce and fir forests of the Boreal Zone bristle around moist clearings, while massive ponderosas dominate the Transition Zone of the South Rim a thousand feet lower. In the Upper Sonoran Zone below that, a dwarf forest of pinyon pines and junipers gradually gives way to gray shrubs and grasses lower down. in the Canyon’s depths simmers a true desert of cactus and creosote bush: the Lower Sonoran Zone.

There is yet another, entirely different world along the river at the very bottom of Grand Canyon. Tree frogs call from rocks lining pools hung with maidenhair fern, golden columbine, and scarlet monkeyflower. Violet-green swallows ‘hawk’ insects newly-hatched from the water, and in turn are snatched by peregrine falcons. Butterflies flutter along the river corridor on their long migrations, safe from the winds above the rim. Rare razorback suckers feed on the bottom of the turbulent Colorado, now shared with striped bass, catfish, and trout, and with the beavers that build dens in the riverbanks…

Susan as Grand Canyon National Park's Desert View District Ranger-Naturalist, with her team at the Tusayan Museum in 1984.

May snowstorm at the Canyon.

Fossil shell on the North Rim.